The aging process leads to a lower immune response capability.

Health researchers believe that the aging process leads to a lower immune response capability. And a weakened immune system, in turn, leads to more infections, an increase in inflammatory related diseases (like heart disease and stroke), and more cancer. As life expectancy has increased, so too has the incidence of age-related conditions. Disorders of the immune systems can lead to cancers and auto-immune disease.

The fact is that the elderly are much more likely to contract infectious diseases. Respiratory infections, influenza, and especially pneumonia are a leading cause of death in people over 65. 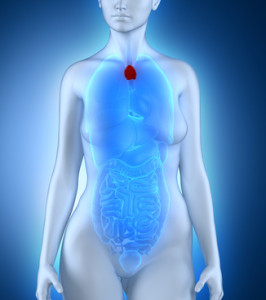 This increased risk seems associated with a decrease in T cells, possibly because the thymus begins to create fewer T cells to fight off infection as we age.

The thymus is a small gland located behind your sternum – see illustration. The thymus is unusual because, unlike most organs, it is at its largest in childhood. Once you reach puberty, the thymus starts to slowly shrink and become replaced by fat. By age 75, the thymus is little more than fatty tissue.

It appears that bone marrow also becomes less efficient at producing the stem cells that create the cells of the immune system.

Fortunately there is a natural and safe  ‘immune booster’ called 1-3, 1-6 beta glucans. This form of beta glucans is called a Biological immune Defence Modifier (BDM) and is extracted from cell walls of a form of yeast called Saccharomyces cerevisiae. It has been shown to act as a very potent activator of the innate immune system – that part of your immune system that is made up of cells such as Natural Killer cells and Neutrophils – which patrol the body and eliminate any threatening ‘foreign’ invaders like bacteria and viruses.

A National Institutes of Health report confirms that more than 6000 publications investigating the immune-modulating effects of β-glucans, such as its anti-inflammatory or antimicrobial abilities, have been published. It clearly states that “oral intake of insoluble yeast beta-glucans is safe and has an immune strengthening effect”.  Further, “numerous studies reported other health benefits of β-glucans, including hepatoprotective (liver protection), wound healing, weight loss, anti-diabetic and cholesterol lowering functions.”

The best researched beta glucans – with over $200 million worth of studies behind it – is Wellmune WGP produced by Biothera and included in ImmunoShield.

There is also a clear connection between nutrition and immunity in the elderly. Even in affluent countries many are subject to a form of malnutrition known as “micronutrient malnutrition.” Micronutrient malnutrition occurs when someone is deficient in one or usually more essential vitamins and trace minerals. Older people tend to eat less, often have less variety in their diets and there is some evidence that they absorb less of the nutrients from food.

That is why leading health researchers like Dr Paul Clayton are now positive that anyone over the age of 55 should supplement their food intake with a wide spectrum nutritional supplement like NutriShield.

READ - How to Boost your Immune System Naturally